Cyber Security and the Entertainment Industry 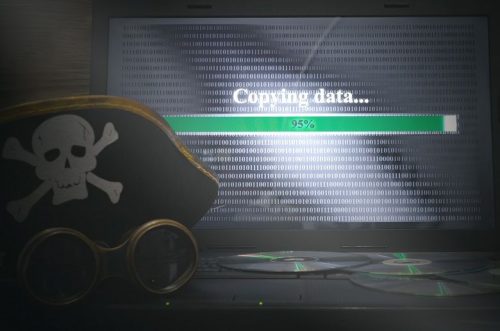 When the Disney+ streaming service went live on November 12, 2019, hackers immediately attacked many of the site’s users, taking over their brand-new accounts, logging them out of all devices, and changing email and password settings.

These hackers then offered the stolen accounts on hacker forums or sold them on deep web marketplaces for $3 to $11 each, according to security reporter Catalin Cimpanu’s ZDnet.com article, “Thousands of Hacked Disney+ Accounts Are Already for Sale on Hacking Forums.”

Users also flooded Disney+’s IT team with complaints about technical issues. Disney appears to have been unprepared for its own launch date, underestimating their service’s success. “The Mandalorian” alone (a “Star Wars” live-action series produced by Disney) instantly grabbed millions of fans the moment the app went live.

Strong security measures and protocols are imperative for online businesses, beginning as soon as they are made available to the public. Cyber security in the entertainment industry is especially crucial because of the volume of users who will utilize these online services. Obtaining an online cyber security master’s degree can make candidates more qualified and attractive for many of the more coveted cyber security positions.

As the entertainment industry continues to migrate away from broadcasting and DVD/Blu-Ray sales toward online content and streaming, the risk of hacking and its potential damage increases daily. Familiar risks, such as stolen credit card credentials and malware, mix with industry-specific threats such as pirated movies and hacktivism.

In 2015, for example, North Korea was implicated in the hacking of Sony Pictures Studios in an attempt to stop the release of “The Interview,” a comedy revolving around an assassination attempt on Kim Jong Un.

In “The Rise of Hacktivism,” Georgetown Journal of International Affairs journalist Dorothy Denning writes that the dangers of state-sponsored hacktivism are a growing concern, especially in entertainment where political ideologies and messages are often incorporated into movies and music.

So, which specific risks are the most prominent in the business of entertainment? D3Security Communications Manager Walker Banerd answers this question in “Hacking Hollywood: Cyber Security Threats in the Entertainment Industry” on his company’s blog:

“All of these threats pose a tangible risk to the financial, legal and reputational standing of entertainment companies,” explains Banerd. “In Hollywood, even the comparatively benign publication of private information, messages or images can have an outsized effect given the importance of brand, celebrity and professional relationships.”

In 2017, HBO suffered a massive security breach to its servers, resulting in the cyber-pilfering of unreleased episodes of popular shows (“Game of Thrones” among the ripped content) and the exposure of sensitive internal documents.

“From knowledge as to the cause of the HBO attack as well as the extent of the breach, it can be inferred that practices and controls surrounding information access, access controls, identity management, desktop security and network intrusion monitoring and prevention…will be in the crosshairs,” writes Virtusa.com Vice President Robert N. Sutton in “Cybersecurity in the Media & Entertainment Industry: What’s New?”

For professionals considering corporate cyber security careers, the entertainment industry can offer a fast-paced, high-paying, challenging option. Experts with the skills to maintain the complex systems and safeguard the valuable and highly coveted digital assets inherent in this field can expect to be in high demand.

Thousands of Hacked Disney+ Accounts Are Already for Sale on Hacking Forums – ZDnet.com

The Rise of Hacktivism – GorgetownJournalOfInternationalAffairs.org