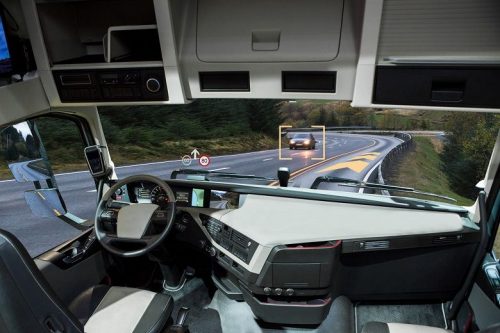 Not long ago, self-driving cars and other autonomous vehicles were fodder for science fiction. Today, drones and self-driving vehicles have already been developed and are continually being improved. But their ability to connect wirelessly to everything around them also makes autonomous systems vulnerable to hacking by malicious actors.

A hacked unmanned aerial vehicle (UAV), for example, could present real dangers in the wrong hands. “Depending on the level of control achieved, hackers could make a drone unresponsive, crash it into a building, airplane, vehicle, or person, or fly it away and steal it,” senior analyst Glenn Sanders writes in “The Very Real Dangers of Hacked Drones” on Tractica.com.

“They may also alter waypoints, change the flight data, set a different home position, capture data and image streams, or do anything that a drone owner can do.”

Despite the risks, however, computer systems are steadily becoming more autonomous. In the future, companies that develop systems for self-driving vehicles and industrial robotics will need experts to protect their products against hackers.

An online cyber security master’s degree and familiarity with the security of autonomous systems will get candidates for these positions noticed.

The business of autonomous systems is still a growing industry without a full regulatory support structure. As driverless vehicles become more popular, at least among the civilian population, government regulations and guidelines are expected to be developed.

Currently, many countries are loathe to tighten restrictions quickly on autonomous machines because the development of automated technology is often a cornerstone of economic growth, according to researcher Araz Taeihagh’s 2017 paper, “Governing Autonomous Vehicles: Emerging Responses for Safety, Liability, Privacy, Cybersecurity, and Industry Risks.”

In other words, future economic prosperity may depend heavily on national investment in the fields of data, analytics, artificial intelligence and other fields on which the automated vehicle industry relies heavily.

As autonomous systems move past test phases and into both the public and private sectors, cyber security is once again moving to the front burner. Liability suits are bound to pop up when errors result in casualties. Self-driving cars, drones and robotics need to be as safe as possible as they become commercially available.

Drones, especially military drones, carry with them several other risks that require effective cyber security solutions. Tractica.com’s Sanders points out that GPS jamming, overriding “return to home” fail-safes, and intercepting video/image/data feeds from drones could all result in catastrophic damage, theft and exposure of sensitive or classified information.

Military drones might be targeted because of the ammunition and explosive ordnance they carry. But even privately owned drones, such as those that may soon be used for delivery of goods purchased online, would also present attractive targets to hackers.

The machine learning algorithms underlying autonomous vehicle computer systems act as the first line of defense against hackers. After the car has been in use long enough to establish its owner’s pattern, anything that falls outside of that pattern will be flagged as suspicious, alert the owner and require authentication, according to software developer Dino Causevic’s “How Machine Learning Can Enhance Cybersecurity for Autonomous Cars” on Toptal.com.

Some hackers, though, have the expertise necessary to spoof (fake) user credentials and bypass this first line of defense. To combat this, machine learning can be used to analyze data from constantly growing databases for anomalies. In addition, vehicle-to-vehicle communication can be scanned to determine whether incoming data is “normal driving behavior” or a malicious exploit.

In “Connected and Autonomous Vehicles: A Cyber-Risk Classification Framework,” Sheehan also writes, “The chain of influences between variables can be illustrated graphically by linking nodes (i.e., variables) by one-way directed links that determine the nature of the causal dependencies… Each individual node has a finite set of mutually exclusive states, with each state described by a probabilistic expression determined by empirical relationships, mechanistic descriptions or expert judgment.”

Graduate-level cyber security curricula will familiarize students with the types of security measures that work best in automated systems. But the most successful professionals will also strive to stay on top of new security technology as it becomes available. After all, hackers tend to develop new exploits all the time. Proactive professionals in cyber security will always be the most effective.

How Machine Learning Can Enhance Cybersecurity for Autonomous Cars – Toptal.com