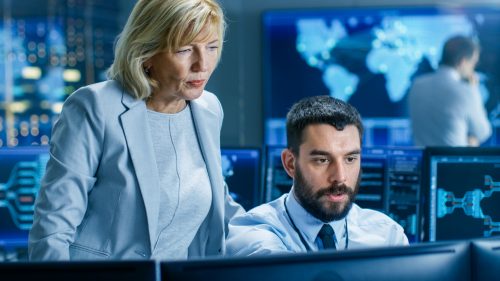 In 2019, cyber threats are becoming a dangerous and potentially catastrophic national threat.

In 2019, cyber threats are becoming a dangerous and potentially catastrophic national threat. Some experts are even beginning to talk about initiating a separate U.S. government cyber security department tasked solely with cyber security defenses against multiple types of cyber-attacks.

Former U.S. Representative and current 2020 presidential hopeful John Delaney of Maryland supports the notion, according to the Washington Post article, “The Cybersecurity 202: This Presidential Contender Wants to Create a Cabinet-Level Cybersecurity Department.”

“The new cybersecurity department would be in charge of most of the civilian government’s cybersecurity efforts, including helping state and local governments secure their election systems and working with the private sector,” Delaney says in the article. “In other cases, it would be responsible for helping other agencies ensure their data and computer networks are secure.”

The idea that cybersecurity is such an urgent need that it deserves a stand-alone federal department arises from the fact that both public and private enterprises face constant difficulties from hackers, denial of service attacks and ransomware, and other issues. Students seeking an online cyber security master’s degree can expect to enter a career field full of opportunities for success.

Over the past few decades, cyberspace has grown from an activity for tech enthusiasts into a fundamental part of American life. Financial data, communications, information gathering, and even recreational activities can all be found online, accessible through a mobile smart device in our pockets or purses.

But with such luxuries come unseen exposures, leaving our personal data open to cyber criminals and even to foreign intelligence agents. Given significant advancements in technology, the U.S. government needed to update its cybersecurity strategy and broaden its horizons.

The Government Accountability Office’s (GAO) report, “Urgent Actions Are Needed to Address Cyber Security Challenges Facing the Nation,” points out that vulnerabilities can lead to cyber security incidents and attacks that could potentially disrupt critical operations. Inappropriate access, modification, or destruction of sensitive information pose a threat to the nation’s stability.

Critical infrastructure departments – including energy, transportation, communication, and financial functions – are perhaps the most urgent of the GAO’s suggested fixes because a security flaw in just one system could spell disaster for the U.S.

“Perhaps most troubling of all: In 38 percent of government cybersecurity incidents, the relevant agency never identifies the ‘attack vector,’ meaning it never learns how a hacker perpetrated an attack,” Wired warns in “The Bleak State of Government Cybersecurity.”

The national cyber security dilemma is even more of a priority for President Donald Trump’s administration than it was for his predecessor, prompting the president to release the “National Cyber Strategy of the United States of America” in 2018.

“Securing cyberspace is fundamental to our strategy and requires technical advancements and administrative efficiency across the federal government and the private sector,” the report says. “The administration also recognizes that a purely technocratic approach to cyberspace is insufficient to address the nature of the new problems we confront. The United States must also have policy choices to impose costs if it hopes to deter malicious cyber actors and prevent further escalation.”

To ensure that the federal government is doing everything in its power to fight cybercrime, he promised that the U.S. would:

The sixth item on the list, “Develop a superior cybersecurity workforce,” is quite possibly the most crucial step in the process of securing government cyber security. Without competent professionals, other items will be more difficult to achieve. To meet that expectation, the government will be working more closely with educational institutions to ensure that advanced education in cyber security reaches its full potential.

Another important element to the process of improving national cyber security is what StateScoop.com calls the “whole-of-state” approach. In “’Whole-of-State’ Approach on Cybersecurity Growing in Popularity,” technical editor Benjamin Freed describes the concept of a fusion center where multiple agencies, both public and private, can share threat information and work together on cyber security issues.

Speaking of the process of bringing in additional stakeholders on cyber security endeavors, Freed writes, “That policy approach, known as ‘whole-of-state’ and which can include local governments, the private sector and educational institutions, is becoming increasingly popular as governments face a near-constant barrage of ransomware, denial-of-service attacks, election hacking and other cyberthreats…”

Cyber security career possibilities are already increasing daily. Achieving the “whole-of-state” goal of multiple agencies and departments working together will require a cyber-savvy workforce of professionally trained IT personnel.

UND’s online cyber security master’s degree program is accredited by the Higher Learning Commission and ranked by U.S. News & World Report as one of the Top 25 Most Innovative Schools (2018), alongside such prestigious institutions as Stanford, Harvard, and MIT.