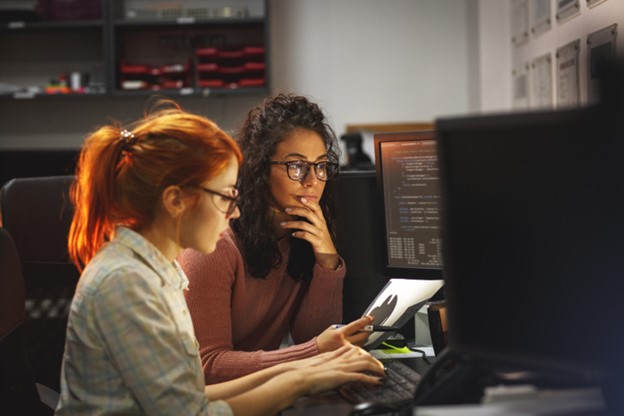 Careers in science, technology, engineering and mathematics (STEM) are on the rise. The U.S. Bureau of Labor Statistics projects that, through 2030, jobs in STEM fields will grow more than twice as fast as jobs in all fields combined.

The achievements of women in STEM show that women have a tremendous amount to offer in these fields. Accomplished women in STEM history can serve as role models for increasing gender representation, especially for those interested in a STEM career and looking to enroll in a program such as an online Master of Science in Cyber Security.

Although women may be underrepresented in STEM fields, women in STEM history have made remarkable strides and contributions.

Ada Lovelace is widely regarded as the first computer programmer. Born in England, Lovelace had a passion for mathematics, and although females in her time did not attend school, she was fortunate to have tutors and mentors who nurtured her love of the subject.

Decades before computers existed, Lovelace conceived of a system wherein an “analytical engine” could compute numbers, and she wrote in detail about how that could be accomplished. Her work is considered to be the first computer program. Her accomplishments were not recognized for many years, but in 1979, the U.S. Department of Defense named its first computer programming language “Ada” in Lovelace’s honor.

Marie Curie was the recipient of Nobel prizes in physics and chemistry. Originally from Poland, she eventually made her way to Paris, where she and her husband, Pierre Curie, discovered two new elements: radium and polonium. She devoted her life to studying those elements and their practical use in fields such as medical therapies.

Curie conducted her research in difficult conditions, working in laboratories that were less than ideal; she also was compelled to continue teaching while conducting research to earn a living. Although women in her era hardly ever worked in science, Curie received numerous science awards in her lifetime and a host of honorary degrees in science, medicine and law.

Katherine Johnson was a NASA mathematician whose work was critical in the first U.S. manned spaceflight.

A mathematical prodigy, Johnson entered college at age 13. In 1952, she joined the all-Black computing section at the National Advisory Committee for Aeronautics (the forerunner of NASA). When NASA was preparing for John Glenn’s orbital mission in 1962, at Glenn’s request, Johnson verified the calculations a computer had done for controlling the trajectory of Glenn’s space capsule.

Johnson continued to work on numerous NASA projects, including the Apollo Lunar Module and the Space Shuttle. She received the Presidential Medal of Freedom in 2015.

No list of women in STEM history would be complete without a nod to Sally Ride, who became the first American woman in space in 1983. Trained as a physicist, Ride responded to an ad in a university newspaper encouraging women to apply to the astronaut program.

Ride was a mission specialist on the Space Shuttle, operating a robotic arm, deploying satellites and conducting numerous scientific experiments. She later went on to leading roles at NASA, including as the first director of NASA’s Office of Exploration. She formed Sally Ride Science in 2001 to inspire middle school girls to pursue STEM careers. In 2013, Ride was posthumously awarded the Presidential Medal of Freedom.

Born in Hungary, Kati Kariko is a biochemist whose work in messenger RNA (mRNA) played a huge part in establishing the foundation for COVID-19 vaccines.

Kariko’s early attempts to obtain grants were met with multiple rejections; she even endured a demotion while working in academia. But she never gave up on her pioneering work. Kariko eventually teamed with immunology professor Drew Weissman, and together, they made groundbreaking discoveries that helped to pave the way for the use of mRNA for COVID-19 vaccines. Kariko’s discoveries have the potential to address other diseases, such as cancer and cystic fibrosis.

The overall history of women in STEM illustrates both progress and opportunity for improvement. Taking just a glance at women in STEM statistics shows that, while more women are entering STEM f

fields now than in the past, they’re still underrepresented. According to the U.S. Census Bureau:

Several organizations are working to improve the representation of women in STEM. For example:

Percentage of Women in Computer Science

Many in the field have identified ways to encourage women to pursue computer science. For example:

The history of women in STEM fields is replete with advancements that have improved our lives in countless ways. Women have the ability and deserve the opportunity to make strides in STEM. If working in a STEM career is of interest to you, explore the University of North Dakota’s online Master of Science in Cyber Security to learn how the program can help you achieve your professional ambitions.

Paving the Road for More Women in Cyber Security Jobs

CIO, “5 Tips for Creating an IT Culture Where Women Thrive”