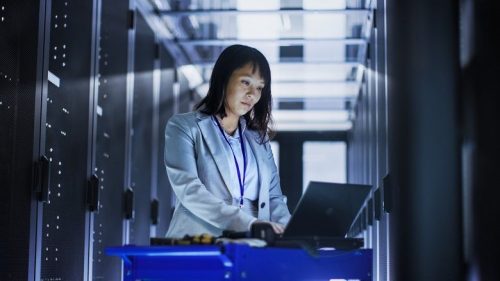 When a person’s privacy is compromised using non-technical means—including something as normal as receiving a telephone call while at the office—hackers can quickly acquire sensitive information. Hackers might pretend they work in the IT department when in reality they’re attempting to gain access to the company’s network through one of its employees.

This social engineering, as it is called, is defined by Webroot as “the art of manipulating people so they give up confidential information.”

Not only is social engineering increasingly common, it’s on the rise. According to the security plugin company Wordfence, social engineering attacks doubled from 2.4 million phone fraud attacks in 2012 to 2.3 million attacks in the first half of 2013. Those numbers have only continued to rise, with Juniper Research expecting the cost of global data breaches and cyber crime incidents to surpass $2.1 trillion in 2019 (four times the estimated cost in 2015).

An online cyber security master’s degree from the University of North Dakota can help professionals and prospective employees to enrich their cyber security information knowledge. Specifically, they can learn how to better understand and combat the dangers attached to the growing threat of social engineering, as well as learn why it is happening and what can be done to prevent future attacks.

What to Watch For

Part of preventing this unwanted behavior is becoming readily familiar with the kinds of commonplace cyber security dangers that now exist.

According to Infosec, six examples of social engineering attacks to be aware of are:

Other examples of social engineering attacks may include criminals or attackers responding to a problem that the targets never had while sometimes offering extra assistance to fix it – usually free of charge – or creating distrust and starting conflicts by hacking passwords, altering private communications and forwarding them to others.

Slowing Down is the Solution

As part of their responsibilities, cyber security professionals may need to instruct the managers, employees and contractors at their company on how to protect themselves from hacks, including social engineering.

First, people should be aware of what’s happening around them, taking note of details both small and large. Webroot offers some tips that cyber security personnel can pass along to others in their company, including:

Making sure that everyone at the company protects themselves, their identity, and their passwords can strengthen cyber security efforts and help thwart hackers who engage in social engineering attacks.

The University of North Dakota’s online cyber security master’s degree offers professionals the ability to gain analytical skills that can position them on the front lines in the fight against cyber crime.

UND’s online cyber security master’s degree program is accredited by the Higher Learning Commission and ranked by U.S. News & World Report as one of the Top 25 Most Innovative Schools (2018), alongside such prestigious institutions as Stanford, Harvard, and MIT.