What Is Population Health Nursing? 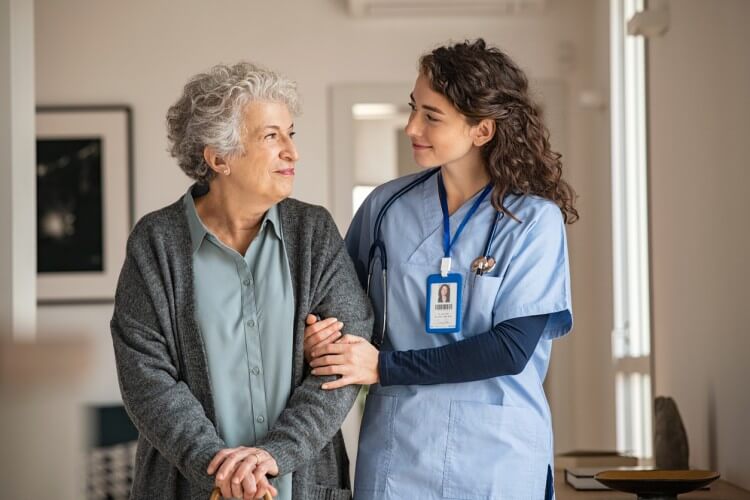 The United States spends more on health care than any other country yet lags behind other developed nations when it comes to the overall health of its population, according to a Commonwealth Fund report. Among high-income countries in the Organisation for Economic Co-operation and Development (OECD), the U.S. has:

The deficit between U.S. health care spending and health outcomes is partially due to social factors that influence population health and contribute to disparities in care, including race or ethnicity, income and education. The COVID-19 pandemic heightened awareness of health care inequities and their impact on population health, with the crisis hitting underserved groups and communities hardest.

As the nation’s largest health care workforce, nurses have the ability to positively impact population health on a much greater scale compared with any other health care profession. What is population health nursing? It entails applying the basic principles of nursing — with its emphasis on holistic care and patient advocacy — to groups of people and not solely individuals.

Nurses entering or advancing in the field should understand the essential role nurses play in promoting and improving population health. An advanced nursing program, such as a Doctor of Nursing Practice (D.N.P.), can help students gain the knowledge and skills necessary to make a positive impact on population health.

Population health is defined as the collective health outcomes of a group of people. This may include the population of a small community or an entire country. It may also refer to individuals in a particular ethnic group or age bracket.

These two concepts are inherently aligned, however, because improving the health of populations is the primary goal of public health.

A Nurse’s Role in Population Health

While nursing is generally focused on caring for patients on an individual basis, a population health approach to nursing takes a macro perspective. Population health nursing involves promoting, through advocacy, healthy lifestyle choices and minimizing the impact of social conditions on health care access and outcomes.

Because of their skill set and the sheer size of the workforce — with nearly 4 million registered nurses in the U.S., along with hundreds of thousands of nurse practitioners and other nursing professionals — nurses are well positioned to improve population health.

Although generally known for providing one-on-one patient care, nursing has a long history of striving to improve and protect population health. The profession evolved alongside the emergence of modern public health and the germ theory of disease. Nurses were instrumental in promoting vaccination and working to improve sanitation practices.

Because they’re embedded in virtually every part of the community and health care system, including hospitals, homes and schools, as well as in the public and private sectors, nurses have ample opportunity to address population health.

Within the health care system, nurses typically serve as the primary contact for patients, families and communities. That means nurses are in an excellent position to educate people on healthy behaviors and lifestyle changes that can reduce the risk or severity of chronic disease and contribute to improved population health. This can include educating patients about the importance of exercise and maintaining a healthy diet. It can also include recommending preventive services, such as vaccinations or cancer screenings.

Nurses can also help connect patients with community resources and social services that promote health and well-being. This is especially important in underserved communities, where patients may have limited access to or awareness of such resources.

A nurse’s role as patient advocate is also a crucial component of promoting population health. Nursing takes a holistic approach to care — striving to view patients as individuals rather than just a collection of symptoms.

Because of this holistic focus, nurses are well suited to advocate for individual patients and communities. They do so in the face of systems (e.g., health care, housing and schools) that may sometimes feel impersonal or even dehumanizing to patients. The health outcomes of vulnerable and underserved populations can often be traced back to inequities in care that arise from social determinants of health (SDOH). Through advocacy, nurses can help overcome or minimize the impact of SDOH. The earliest nurses were fierce advocates for vulnerable populations, shining a light on the health needs of tenement dwellers, factory workers and military veterans. Nurses can also help influence policy decisions that impact large groups of patients, including the decisions of health care organizations and governments.

To have the greatest impact on population health going forward, nurses need to possess a heightened awareness and understanding of how SDOH influence health outcomes, along with enhanced analytical skills. Incorporating these topics into the curricula of nursing programs is crucial to prepare the next generation of nurses for the challenges of improving population health.

For many patients, the greatest risks to their health stem from social factors that contribute to poor health outcomes and disparities in care. Having a deep understanding of how SDOH relate to health outcomes — for example, how living in urban food deserts can increase obesity risk or why the child asthma rate is worse in economically disadvantaged neighborhoods — is essential for nurses assisting underserved populations.

Similar to many other industries, health care is increasingly reliant on the effective analysis of large datasets to drive results. For nurses interested in population health, this means understanding how to collect and analyze data related to social factors — for example, navigating complex public records systems to glean information about health patterns in a particular community.

Nurses in leadership roles also need to know how to leverage this data to develop population health reforms, which requires a host of soft skills, including relationship building and public speaking.

Nurses are key to promoting and improving the health of populations, from small communities to entire countries. With a focus on education and advocacy, population health nursing can help reduce the risk of chronic disease, improve health outcomes and minimize the impact of SDOH, particularly for vulnerable and underserved populations.

To improve their understanding of what population health nursing involves, nurses need enhanced analytical skills and a heightened awareness of how SDOH contribute to health disparities. Incorporating this knowledge into modern nursing curriculum is essential to prepare nurses for the many challenges to population health.

What Is the Salary for a Nurse Practitioner With a D.N.P.?

Campaign for Action, Nursing Education and the Path to Population Health Improvement

Campaign for Action, Population Health and the Future of Nursing

CDC Foundation, What Is Public Health?

Centers for Disease Control and Prevention, What Is Population Health?

Prepare to become a leader in nursing with your D.N.P.
Get Program Details
Apply Now