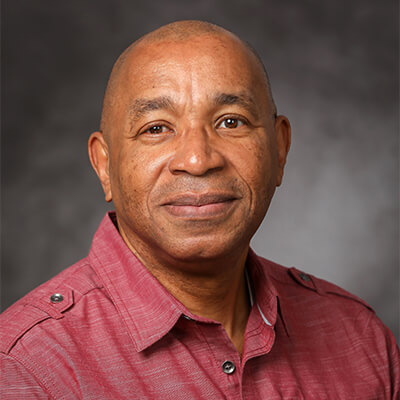 Emanuel S. Grant received his Ph.D. from Colorado State University, MCS from Florida Atlantic University and B.S. from the University of the West Indies, all in Computer Science. Since 2008, he has been an Associate Professor in the Department of Computer Science at the University of North Dakota, where he started as an Assistant Professor in 2002. His research interests are in software development methodologies, formal specification techniques, domain-specific modeling languages, model-driven software development and software engineering education.

Dr. Grant interned at the NASA Ames Research Center in Mountain View, California, where he conducted research on the application of formal specification techniques for software system verification and validation. He has worked on the UND ISSAC (International Space Station Agriculture Camera) system design and implementation. ISSAC was crafted to exacting NASA space flight standards by students from UND and capture on-demand images of land and other topographic features across the upper Midwest. These images were used as a decision support system resource by farmers, ranchers, tribal resource managers and researchers. Among many other uses, ISSAC multispectral images were used to analyze crops, forest resources and other plants. Educators also had access to these images for in-classroom use as part of environmental, geography and related curricula. Another major research project that Dr. Grant participated in was the UND – UAS Risk Mitigation Project. This was a project awarded to UND by the Department of Defense to develop a proof-of-concept air truth system, which monitors the operation of UAVs in the US National Airspace.