People want to live long, healthy lives. You can help make sure they do.

The elderly are the fastest-growing population in the United States. In fact, the percentage of older adults is projected to jump to nearly 17% of the world’s population by 2050 — that’s 1.6 billion.* What’s more, in just a few decades the elderly are projected to outnumber children for the first time in U.S. history. Which is why it’s no surprise that adult-gerontology is one of the most in-demand nursing specialties, focusing on the treatment of patients ages 13 and older.**

Along with being the largest segment, adult-gerontology patients are also one of the most complex — often presenting new conditions and unfamiliar symptoms for nurse practitioners to navigate across the lifespan. Because even though people are living longer lives, that doesn’t mean they’re living healthier ones.

Our adolescent through elderly populations need advanced practice nurses to support them, and UND has the online Master of Science – Adult-Gerontology Primary Care Nurse Practitioner degree to make sure you have the expertise you need — one of the few of its kind offered in the South Dakota/Minnesota/North Dakota region.

Graduate in as
few as 8 semesters

Qualify to sit
for the A.G.P.C.N.P. Certification Exam

Elderly patients are more susceptible to certain diseases and illnesses, such as dementia, diabetes and hypertension, but patients of all ages are at risk of developing life-changing conditions over time. Sometimes these conditions are diagnosed easily, while others can manifest into physical issues, such as depression and substance abuse, making them more challenging to identify.

The adult-gerontology primary care nurse practitioner coursework offered by UND will equip you with the knowledge you need to diagnose, treat and manage chronic and acute conditions. Our online coursework also will teach you how to provide therapeutic interventions or palliative treatments and end-of-life care for patients 13 years old and above.

Focus your studies on:

This program meets the educational requirements for licensure in many U.S. States.

Upon completion, you will be able to:

Building upon the Master’s Degree Program Outcomes, you will be able to:

What can you do with your Adult-Gerontology Primary Care Nurse Practitioner M.S. degree?

As an adult-gerontology primary care nurse practitioner, your patient population will be broad — providing care to teens, adults and the elderly. In this role, you’ll be responsible for educating every patient about how they can maintain a healthy lifestyle, prevent disease and manage their chronic illnesses. Simply put: your impact on the community could be huge.

Making sure your patients are educated and well-informed will be one of the biggest parts of your day — often developing and implementing healthy lifestyle and disease prevention plans that cover things such as diet, exercise, physical therapy and prescribed medications. As an adult-gerontology primary care nurse practitioner, you also may work with a patient’s family to make sure they’re as involved and informed as the patient.

Practice in one of the following settings:

UND is recognized for quality and chosen for excellence:

We’re leaders in nursing and would like to help you become one, too. There’s nothing we enjoy more than sharing our holistic approach to nursing and health care advocacy techniques with eager nurses like you. Take advantage of our experience — it can help improve your performance as a nurse. 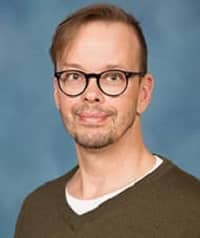 Timothy J. Legg PhD, PsyD, MSN, MPA, GNP-BC, is Board Certified as both a Gerontological and Psychiatric/Mental-Health Nurse Practitioner. He has over 30 years of long-term care experience working with older adults in various capacities, including direct care provider, nurse administrator, and long-term care consultant/ educator.

His career as a gerontological nurse practitioner began over 20 years ago with the VA Medical Center in Wilkes Barre, PA, where he oversaw the Geriatric Evaluation Clinic and served as the only GNP in the nursing home care unit. Before coming to the University of North Dakota, he was principal and consultant of Legg Consulting Services, LLC, a long-term care consulting company specializing in survey corrective action and gerontological nursing education. Through this endeavor, he helped two large health systems in Pennsylvania develop NICHE units (Nurses Improving Care for Healthsystem Elders).

In 2018, Pennsylvania’s Secretary of Health, Dr. Rachel Levine, appointed Dr. Legg to the state Department of Health’s regulatory revision task force, responsible for updating Pennsylvania’s nursing home regulations. He is also a member and past president of the Alpha Sigma Chapter of Sigma Phi Omega, the National Gerontology Academic and Professional Honor Society. He continues to provide consultative services in geropsychiatric/mental health care.

Get to Know Us

You’ve made the decision to earn your advanced degree in nursing, and you’re just a few steps away from completing the application process. Since each online nursing program has its own set of requirements, take some time to review the ones that apply to our Adult-Gerontology Primary Care Nurse Practitioner M.S. program.

“Choosing UND for my master’s in adult-gerontology has resulted in greater autonomy, more confidence in my practice abilities and an increased salary. It was one of the best decisions I’ve ever made.”

Prepare for the future of nursing with your MSN.
Get Program Details