Diversity in Nursing: Benefits and Resources 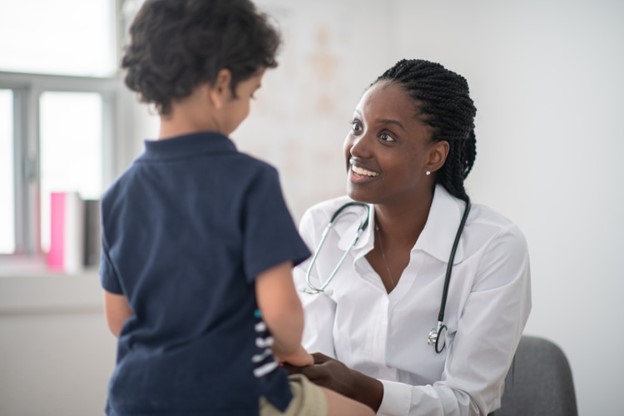 The nursing profession has made strides in the diversity of its makeup. A 2020 National Council of State Boards of Nursing survey, for example, showed that 23% of registered nurses were from racial and ethnic minority groups — a slight increase from its last survey only a few years before.

However, nursing still lags behind the diversity of the U.S. population overall. More than 40% of the nation’s population identifies as people of color, according to the 2020 U.S. Census.

Increasing the number of nurses from different races and ethnicities and other populations can lead to improved health care. Having a nursing staff that looks more like the overall patient population provides a greater understanding of the factors that contribute to patients’ well-being.

To encourage the diversity in nursing that’s so important to patient outcomes, the nursing community, including advanced nursing degree programs, is working to encourage broader participation in the field. Success in these efforts could lead to improved health outcomes for all.

Importance of Diversity in Nursing

A diverse workforce includes people with differences such as:

A nursing work environment with representation from diverse groups can promote positive outcomes for patients and nurses alike. The following are some of the benefits that show the importance of diversity in nursing:

The American Association of Colleges of Nursing encourages greater diversity in the nursing profession in an effort to provide effective care in a way that’s mindful of the differences of patients from various cultures. The positive effects that diversity can have on patients include the following:

Nurses themselves also benefit from diversity in the profession. The following are some of the positive effects that including professionals from many different populations can have on nurses:

Status of Diversity in Nursing

Diversity in nursing is on the increase in some key areas. Several organizations and programs are working to accelerate these increases to keep pace with the diversity of the overall population.

The increase in racial and ethnic minorities to 23% of RNs in 2020 compares with 22.4% in 2017, according to the NCSBN survey. Additionally, as another example, men are increasingly choosing the RN career path. The NCSBN survey showed that 9.4% of RNs in 2020 were men, compared with 9% in 2017. Men comprised 34% of RNs who identified as Native Hawaiian or other Pacific Islander and 18% of Asians.

The NCSBN predicts that representation of racial and ethnic minorities and men among nurses will continue to grow. However, data indicates that the diversity of the nation’s population is increasing in various ways as well. That means work remains to be done in the effort to ensure that nursing’s diversity matches the diversity of society as a whole.

For example, Gallup reports that those identifying as LGBTQ was 5.6% in 2020 — up from 4.5% in 2017. The Oncology Nursing Society notes, however, that much of the emphasis on LGBTQ issues in the nursing community centers on patient care, not representation among nurses.

How Can Nurses Promote Diversity?

Individuals in the nursing community can also work to promote diversity in the field. Efforts can include everyday practices, such as getting to know others in the workplace who are from different backgrounds and including people from various populations in conversations and projects. They can also champion diversity and cultural sensitivity in the profession through efforts such as:

Nurses can pursue leadership roles, such as hospital board member or nursing organization officer, through which they can promote efforts that help increase diversity in nursing. They can also join or start a diversity committee at their workplace. For nurses who want to join a board, the Nurses on Boards Coalition works to connect them to opportunities.

Nursing leaders can effect change that encourages high-quality care for all populations. The University of North Dakota’s online Master of Science in Nursing program can equip you with the leadership skills that help you make a difference in areas such as diversity in nursing — while also advancing your career.

The program allows you to focus on the role of either family nurse practitioner or psychiatric-mental health nurse practitioner, learning how to improve the well-being of patients from all walks of life. It offers this top-quality education with the convenience and flexibility of online learning.

Discover how UND’s online M.S.N. program can help you reach your professional goals.

How Long Does It Take to Get a Master’s in Nursing?

What Kind of Nurse Should I Be? Exploring Nursing Specialties

American Association of Colleges of Nursing, Enhancing Diversity in the Workforce

Indeed, 20 Benefits of a Diverse Workforce

National Center for Biotechnology Information, “The Future of Nursing 2020-2030: Charting a Path to Achieve Health Equity”

The Atlanta Journal-Constitution, “How Nurses Can Help Promote Diversity in the Industry”

The Society for Diversity, “Benefits of Having Cultural Diversity in a Health Care Organization”

Prepare for the future of nursing with your MSN.
Get Program Details